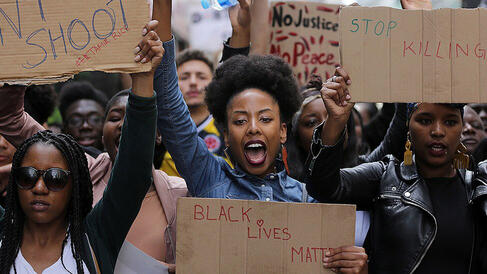 CREATED BY ELLA. If I took the time to make this Carrd, you can take the time to sign to save lives and ensure social justice.

BELOW IS information on Black lives that have been taken or sent to jail under the hands of police brutality and justice system failure. Countless lives have been taken and sent to jail, and this is not an accurate representation of the loss the Black community has felt, but I have gathered what I can of current victims circulating. This will be updated regularly.

HOW DO I SUPPORT THE MOVEMENT?

WHAT IS ACAB AND WHY IS IT UNIVERSAL? 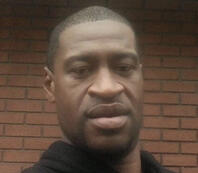 GEORGE FLOYD
On May 25th, 2020, George was falsely accused of bringing a fraudulent check into a grocery store. He was handcuffed and restrained and being completely cooperative when this all went down. The officer put his knee on George’s neck, choking him for minutes on minutes, while George screamed that he could not breathe. Bystanders begged for the police officer to take his knee off George’s neck, but the officer didn’t listen and continued to choke him.

BY SIGNING THIS PETITION YOU DEMAND:
All officers involved are fired immediately and face murder charges, and go under an unbiased investigation and trial, and Mayor Jacob Frey of George Floyd’s home, brings attention to this murder. 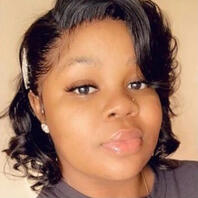 BREONNA TAYLOR
On March 13th, 2020, A division of the Louisville Police Department performed an illegal, falsely-supporter, plainclothed, and unannounced drug raid on her home, executing a discriminatory, botched no-knock warrant. Not a single officer announced themselves before ramming down her door and firing 22 shots, shooting Breonna 6 times, killing her, according to her lawyer, boyfriend, neighbors, and relatives.

BY SIGNING THIS PETITION YOU DEMAND:
All officers involved are fired immediately and face murder charges, and go under an unbiased investigation and trial. Breonna Taylor’s family is paid for their home damage and the failure of the justice system against them. Governor Andy Beshear must speak up on behalf of Breonna, and Governor Beshear or Attorney General Daniel Cameron must appoint a special prosecutor to investigate the Louisville Police Department immediately. A special session must be intervened by Congress to discuss the constitutionality of no-knock warrants immediately. Breonna Taylor and her family just revive a better fit attorney and new grand jury hearing. 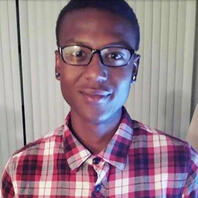 ELIJAH MCCLAIN
On August 24th, 2019, 23-year-old Elijah McClain was walking home after buying some tea at a local convenience store. According to Elijah's family, Elijah, who was anemic ( Anemia results from a lack of red blood cells or dysfunctional red blood cells in the body. This leads to reduced oxygen flow to the body's organs. ) preferred to wear a ski mask to keep his face warm while he was walking. The Aurora Police Department received a call of a "suspicious man". This call resulted in Elijah's death. After the McClain family requested the bodycam footage from the officers on scene it was reported that in the footage, "He is laying on the ground vomiting, he is begging, he is saying, 'I can't breathe.' One of the officers says, 'Don't move again. If you move again, I'm calling in a dog to bite you,'" 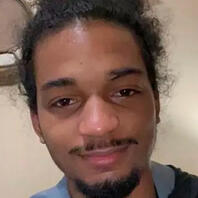 CASEY GOODSON JR
On December 4th, 2020, 23 year-old Casey Christian Goodson Jr, was shot three times in the back and murdered by Franklin County Sheriff's Deputy Jason Meade. The US Marshals were in Estate Place in Northeast Columbus finishing up work for the Southern Ohio Fugitive Apprehension Task Force (SOFAST) when allegedly, according to police, Goodson Jr drove by waving a gun. However, Casey's sister refutes this: Goodson Jr had walked across the yard, walked into the back fence to get to the side door, with his Subway sandwich and mask in one hand and keys in the other, unlocked and opened the door, and stepped in the house before being shot by police.

BY SIGNING THIS PETITION YOU DEMAND:
All officers involved are fired immediately and face murder charges, and go under an unbiased investigation and trial. Mayor Andrew Ginther and the Columbus City Council publicly condemn the murder of Casey Christian Goodson Jr. 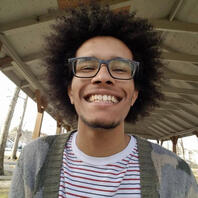 MATTHEW RUSHIN
On January 4, 2019, young, Black, and autistic Matthew Rushin was heading to his job at Panera Bread to get some pastries and meet his new girlfriend as she got off her shift. As he pulled into the shopping center plaza, a man leaving the liquor store failed to remain stopped at a stop sign and grazed Matthew’s SUV. Matthew maneuvered around the parking lot, trying to prompt the man to pull off to the side. When the man wouldn’t move, Matthew felt overwhelmed by a panic that was unlike him. He started crying uncontrollably, trying to practice breathing exercises to get his emotions under control. This kind of emotional response was not typical for Matthew, and he was having a hard time understanding what happened to him. After driving approximately two blocks, Matthew realized that he needed to return to the scene, even if it wasn’t his fault. He made a U-turn, and at that point lost consciousness. Matthew would describe over and over to detectives that he ended up in oncoming traffic and only remembered the LED lights of a vehicle he struck while unconscious, but he did not realize he had traveled approximately a quarter of a mile between the U-turn and being in oncoming traffic. A few hours later, he would be charged with attempted murder. 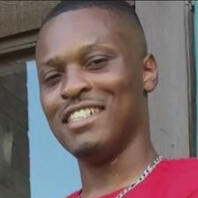 RASHAD CUNNINGHAM
On August 17th, 2019, Rashad Cunningham was murdered by an officer in Gary, IN after being pulled over to and being found with a licensed and empty gun. He was sitting outside his house after a night out with friends, about to go inside, when he was approached and killed. When approached, Rashad tried to explain to the officer his rights and he was just about to return home, and the officer took this as a threat. 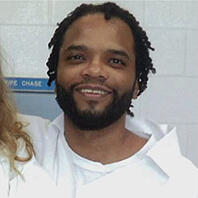 KENNETH REAMS
Kenneth Reams was sentenced to death in 1993 when he was 18 years old for a crime he did not commit. Since then he has been incarcerated on Arkansas’ death row, spending every day of the past 26 years in solitary confinement. Kenneth has pushed back the walls of his cell to become a painter, a poet, non-profit founder, and art event organizer – all while fighting for justice.

BY SIGNING THIS PETITION YOU DEMAND:
Matthew Rushin goes under a new investigation and trial that is unbiased, and it is accounted for that he was framed for the crime and the jury was biased by race 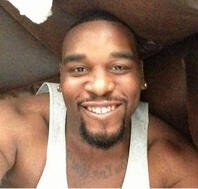 MARCELLUS WILLIAMS
Marcellus Williams was scheduled to be executed on Tuesday, August 22, 2017. He was convicted of the August 11, 1998, robbery and murder of 42-year-old Felicia Gayle in her St. Louis home. But there is no physical evidence linking him to the crime – none of the DNA evidence matches Marcellus. He was convicted based on the testimony of two individuals with troubling pasts and who received significant consideration, including monetary compensation, from the prosecutor's office. African American men like Marcellus are arrested and convicted at significantly higher rates than any other ethnic group.

BY SIGNING THIS PETITION YOU DEMAND:
Marcellus Williams goes under a new investigation and trial that is unbiased, and it is accounted for that the prosecutors and jury was biased by race. 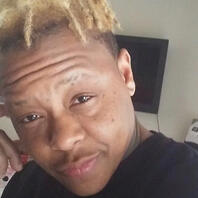 TONY MCDADE
In the midst of the protests, another police killing of a black man in the United States has attracted relatively little attention. Tony McDade, 38, a Black transgender male was shot and killed by police last week in Tallahassee, Florida. The details surrounding McDade’s death are murky. According to the Tallahassee Police Department, McDade, was approached by police as a suspect in a stabbing that had taken place earlier in the day on May 27. Police Chief Lawrence Revelle reported that “the suspect was in possession of a handgun, and a bloody knife was found at the scene.” Yet Facebook videos taken by witnesses at the Leon Arms apartment complex appear to dispute this. “They said ‘Stop moving, n—-r,’ and then they shot him after he stopped moving,” a resident says in a Facebook Live taken from across the street. (EJ DICKSON, THE ROLLING STONE) 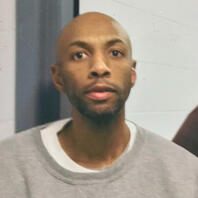 DUSTIN JOHN HIGGS
Dustin John Higgs is going to be executed for a crime he didn’t commit. He was accused of killing three girls but later found not to be guilty. All witnesses, including the girls’s murderer Willis Hayes, who actually killed the girls, confirm Dustin's innocence.

BY SIGNING THIS PETITION YOU DEMAND:
Dustin John Higgs goes under a new investigation and trial that is unbiased, and it is accounted for that the Willis Hayes, the murderer of the victims, confirms his innocence and framing.

DONATE TO HIS FAMILY TO SUPPORT HIS FUNERAL & LOSS 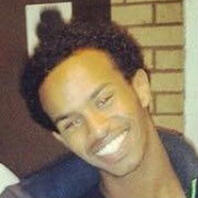 MOHAMUD HASSAN
Mohamud Mohammed Hassan was arrested at his Cardiff home on Friday on suspicion of breach of the peace but released without charge on Saturday morning. The 24-year-old died on Saturday night and his family said he claimed he was assaulted in custody. (BBC NEWS)

BY SIGNING THIS PETITION YOU DEMAND:
Mohamud Hassan’s footage from the police that were involved uniforms are released, showing the footage of his abuse during arrest and in temporary custody. All officers involved are fired immediately and face murder charges, and go under an unbiased investigation and trial.